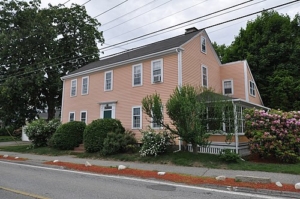 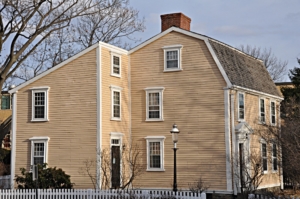 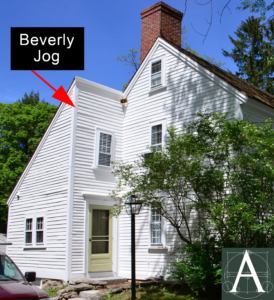 So the other day we came across a house with an addition attached to it. This particular type of addition is known as a “Beverly Jog” in New England.

How the name “Beverly Jog” came about is unknown, but it is suspected / conjectured that the feature possibly originated in Beverly, Massachusetts.

The feature is best described as an addition attached to the original home that has a sloped, shed roof and a cliff-like face. The addition juts out from the home, hence the term “jog.”

Typically, the feature was added to the home to provide an enclosure for interior stairs leading to the 2nd story of the home.

Check out these pictures of a few famous homes in Massachusetts with “Beverly Jogs” attached.

At First Choice Home Inspection, our established process of inspecting a home helps to protect your investment! 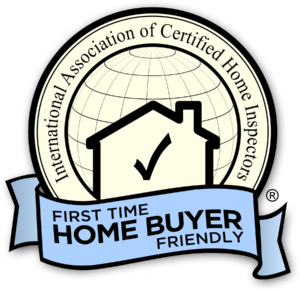 Dawn Comes Over MarbleheadWhat is a Canadian Dormer?
Scroll to top